SmallTime 1.0h was supposed to be a bugfix release but some users had issues with how event informations were handled. In previous version of Smalltime, if you hold your mouse above event information button(the one with little black rectangles that represent lines of text) a bubble with info about this event would pop up. However it is highly unintuitive to use it like this. So in SmallTime 1.0h when you click this button a dialog with informations about event name, date and description will appear. If you like to look at this info as you did before, you still can.

Another thing. I kept delaying code optimisation for a looong time so adding new features is getting very chaotic again. so in version after 1.0h there will be a 1.0j update with no new features, maybe even no bugfixes. It will only contain architecture and maybe some performance upgrades.

I know you are waiting for bugfixes related to event editing issues (bugs #13 and #14 shown here https://www.smallskill.org/smalltime/ ) so I will try to get everything nice and ready in time.

I am glad to announce that SmallSkill Studio finally accepts donations in Monero. Donations in Litecoin Cash are also avaiable. Monero and Litecoin cash are far more superior to Bitcoin and Litecoin. Please, consider donating if you like our products and want to help them grow. 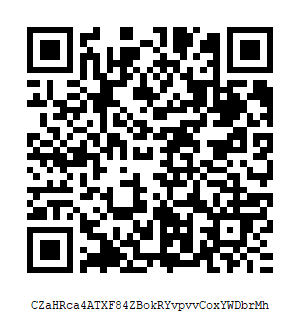 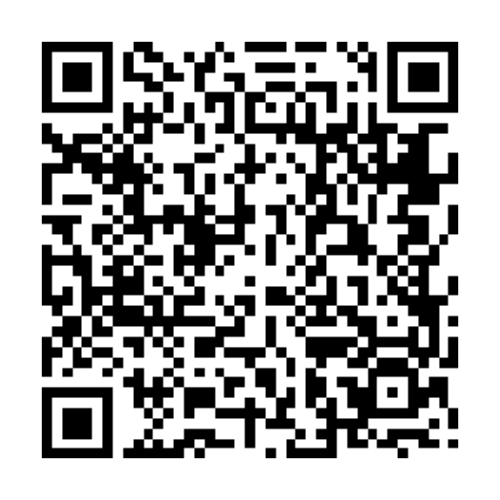 Bitcoin was a technological breaktrough and it started a technological revolution in worldwide payments. However it was not built to be used on a massive scale. That is why Bitcoin support will be dropped in near future. Donation button will be visible until May 1st 2019. SmallSkill Bitcoin wallet will be emptied and closed on January 1st 2020.

Recently I have made some design changes to this website so that SmallTime and Nerderity Report are visible right when you load the page. Unfortunately I have been informed by a friend of mine that it looks like an ad from a third party.

I was planning to improve the buttons so they would better fit into the website theme but I don´t have the time to finish those changes. It should be done troughout next week. I also assure you that this website does not have any ads and will not try to mislead you into downloading third party software.

Update 1: It looks a bit better now. I will do some fine-tuning tho.

I am very reluctant to talk about politics on this blog but enough is enough.

Due to new regulations of Union of European Socialist Republics I have to comply to new GDPR regulation. Since SmalllSkill Studio is not a corporation with it´s own army of lawyers I decided to replace a commenting system with a Disqus plugin. That means several things

I am going to make up a set of rules for discussing on this page…. I found it not to be nesessary because comments were so few in numbers but at least I will get some anger off my chest. Note that one of the rules will be you are forbidden to speak positively about European Union under any circumstances.

All this time could have been spent with improving SmallTime or experimenting with software that could be published in future. I have very little time so if more regulations will take place, this website will be moved out of EU.

Since this website is not compatible with requirements that help me avoid regulations, I decided that now is the right time for a deeper website maintenance. You should not notice any changes except better security and maybe a bit shorter loading times. If you notice some big changes it probably will be because something went wrong horribly.

That´s all and sorry for not bringing you some cool stuff.

A bugfix release of SmallTime has just been released.

This release contains only bugfix of sound notification system so you will be notified about imminent event even when SmallTime is minimised.

During fixing his bug I noticed that internal window management that I use sucks and I will do a review and fix it up. You may notice that when minimising of app when sound notification is active, the transition is not entirely smooth regarding the sound. I will try to make it better in next release and also put in some more features related to sounds like custom notification sound, sound volume etc.

That´s all. As always, you can download latest version of SmallTime by clicking this wonderful blue button that says Download below. Enjoy!

SmallTime 1.0g release is planned on 1st May 2018. New version is already properly finished and intense testing is in progress.

This release will contain only a fig for bug#11 (Sound notifications are not working when SmallTime is minimised by clicking an arrow in upper left corner) and minor changes under the hood. Also, the installer will have correct version so no one will get confused during the installation process.

In latest release of SmallTime, sound notifications are not activated when SmallTime is minimised(by clicking the arrow in upper left corner of your screen). I will fix this bug this weekend, do some real testing for a week and then release a version 1.0g where this issue will be fixed.

I am sorry for the inconvenience and I hope you did not suffer any damage by setting up countdowns with sound notifications that were not activated. I personaly forgot to take the laundry out and also burned a frozen pizza badly because of this bug. Also almost missed an important appointment.

EDIT: because of big personal events in my life, bugfix release is postponed for now. Sorry, I will get to it ASAP

SmallTime 1.0f was released today. It contains few bugfixes and few new features that increase it´s overall effectivity and user comfort. This release is a bit rough so there may be some tiny polishing needed before next release but I think that new features are worth it. 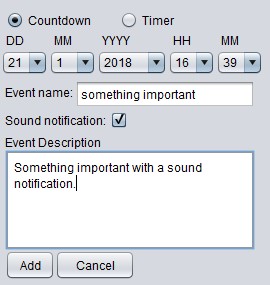 So that´s it. I wish you a great winter solstice, merry christmas and a happy new year, all in one package. Enjoy! 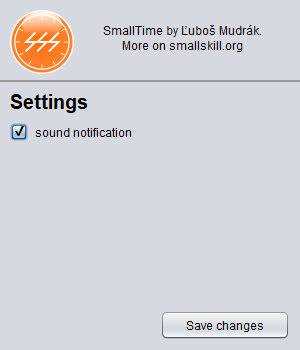 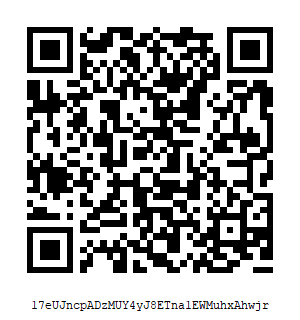 Since today, you can support SmallSkill Studio by mining Monero that can be mined from within web browser.

Don´t be shy and donate a bit of your electricity to support my work and make me able to give more work to you.

I have asked a couple of people to keep it running for a minute and results look promising. I may provide a classic donate options but I have to look into some legal issues first. It is not easy to find time for this because I have quite a few tasks at hand, including a new version of SmallTime that would fix some bugs present in current version,