SmallTime 1.0c contains a bug that causes the whole program to stop working after you put # somwhere in the event name or event description field. I had to refactor big part of program to fix this bug but it was worth it and new features and settings can be added with ease in the future.

Also, I started to work on a new project concept but in this early stage I can not promise anything.

Note: data shown in theese pictures are for SmallTime feature presentation. They do not neccessairly represent any of my personal information. 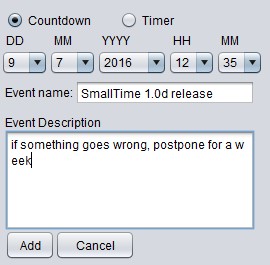 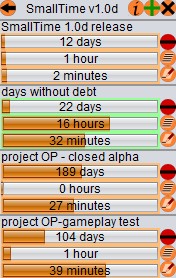